Launched in 1989, Michael Jordan’s 4th signature model and 2nd Hatfield-designed Air Jordan was the shoe that provided lift-off for what is considered the greatest game-winning shot in NBA history: ‘The Shot’. 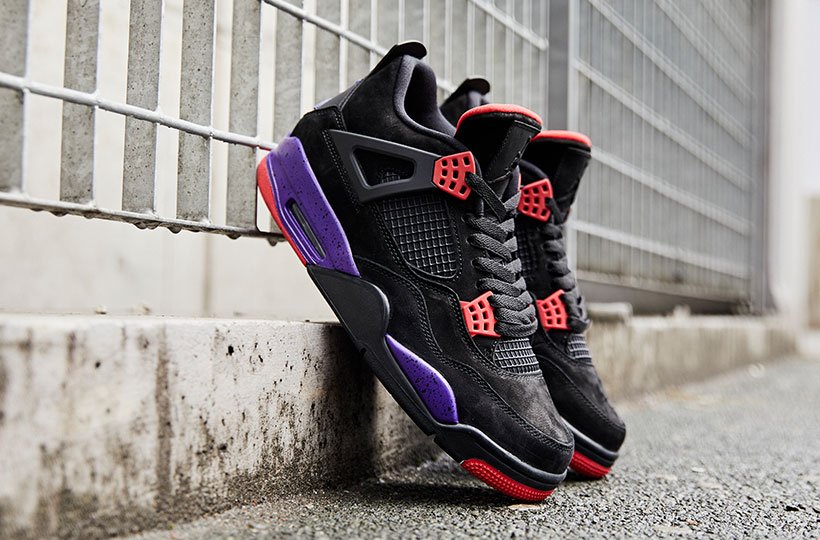 The Jordan IV Retro ‘Raptors’ pays homage to Canada’s only representation in the NBA. Based on 90’s Raptors jerseys, the end result is something much more refined than a cartoon dinosaur playing basketball. 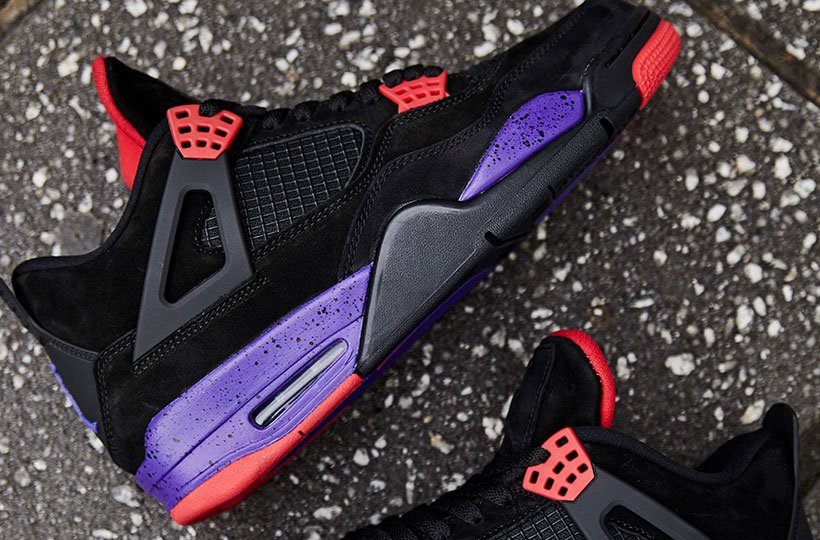 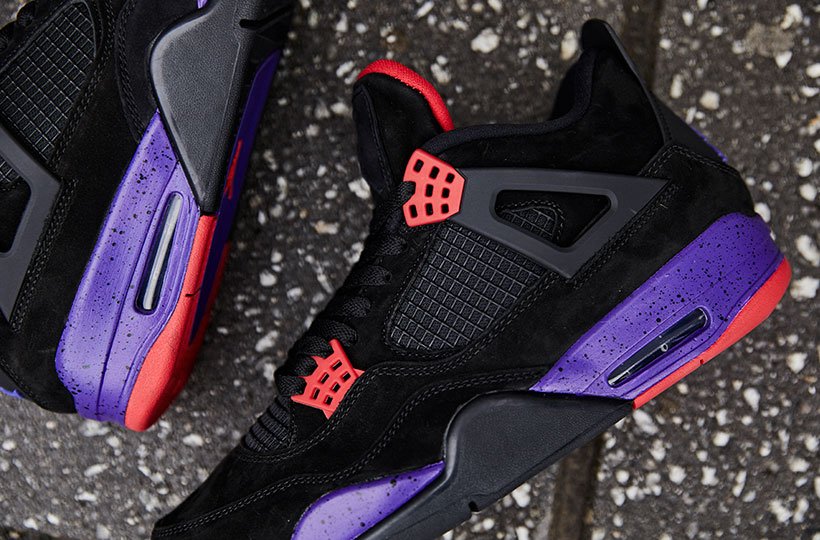 The predominantly black upper is constructed from nubuck and plastic mesh panels, with hits of University Red to the plastic lace wings. The midsole contrasts speckled Court Purple around the visible air unit and medial side with solid black and University Red outsole highlights to the toe and heel. Red tongue lining and Jumpman Logos to the tongue and heel compete the Toronto-inspired IV. 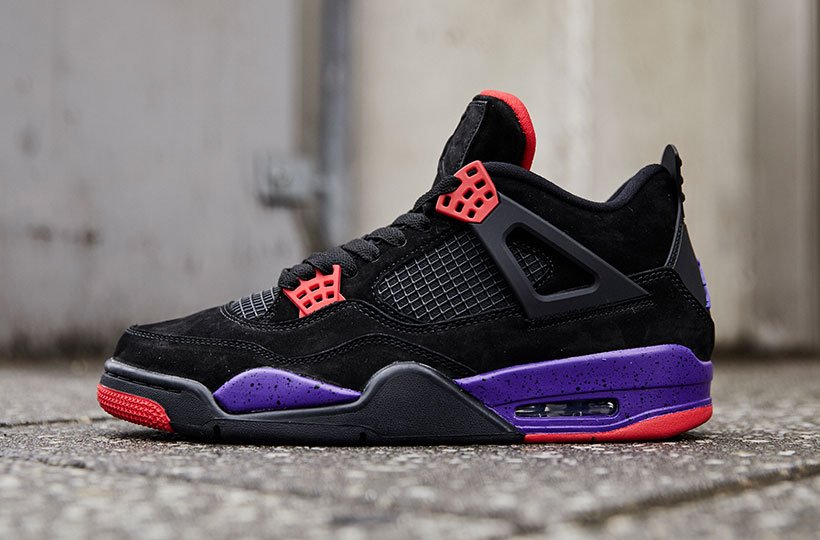 Dropping at 8AM BST on August 18th, the hype surrounding this release means you’ll have to be quick to land a pair. Grab yours right here at Footasylum.