The Nike AF1 Jester XX is inspired by the culture around us. As we are beginning to see more and more people redefining themselves, showcasing their creativity and culture, this trainer has been deconstructed for the new creatives. A street style legend, it reframes concepts and presents new perspectives. 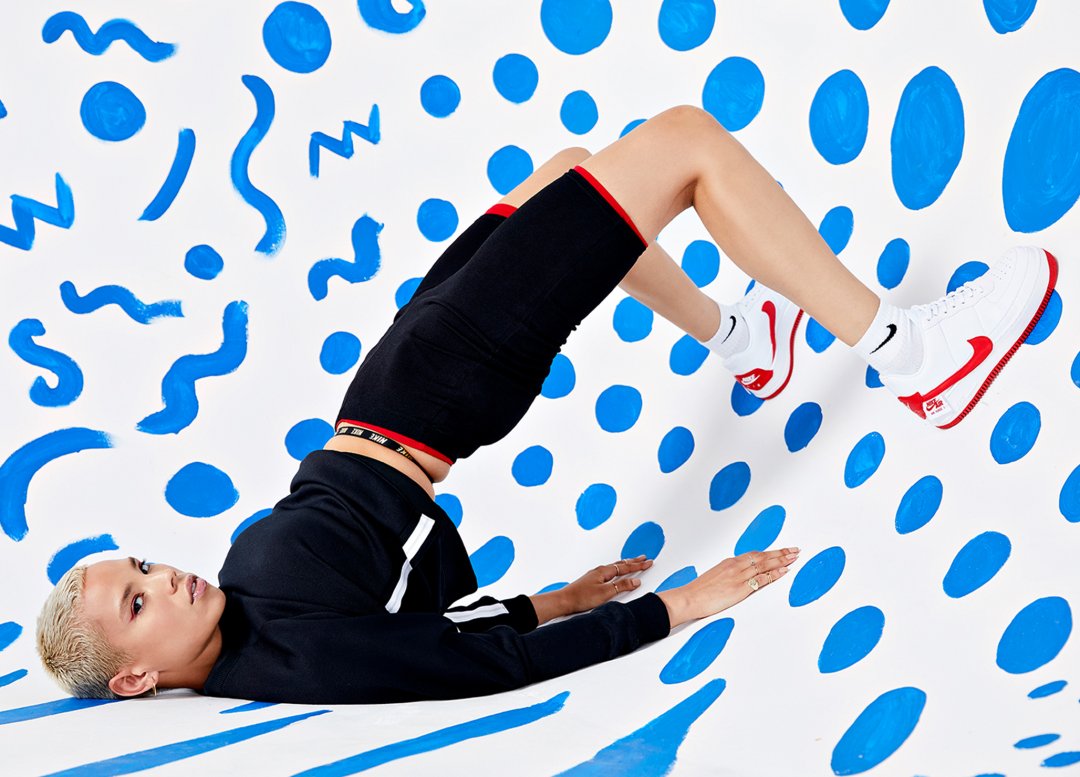 With off centre branding and an elevated sole, this reinvented edition gives a fresh take on a street icon. Made for next creative generation, check out these female creatives taking on the Nike AF1 Jester - made for women by women. 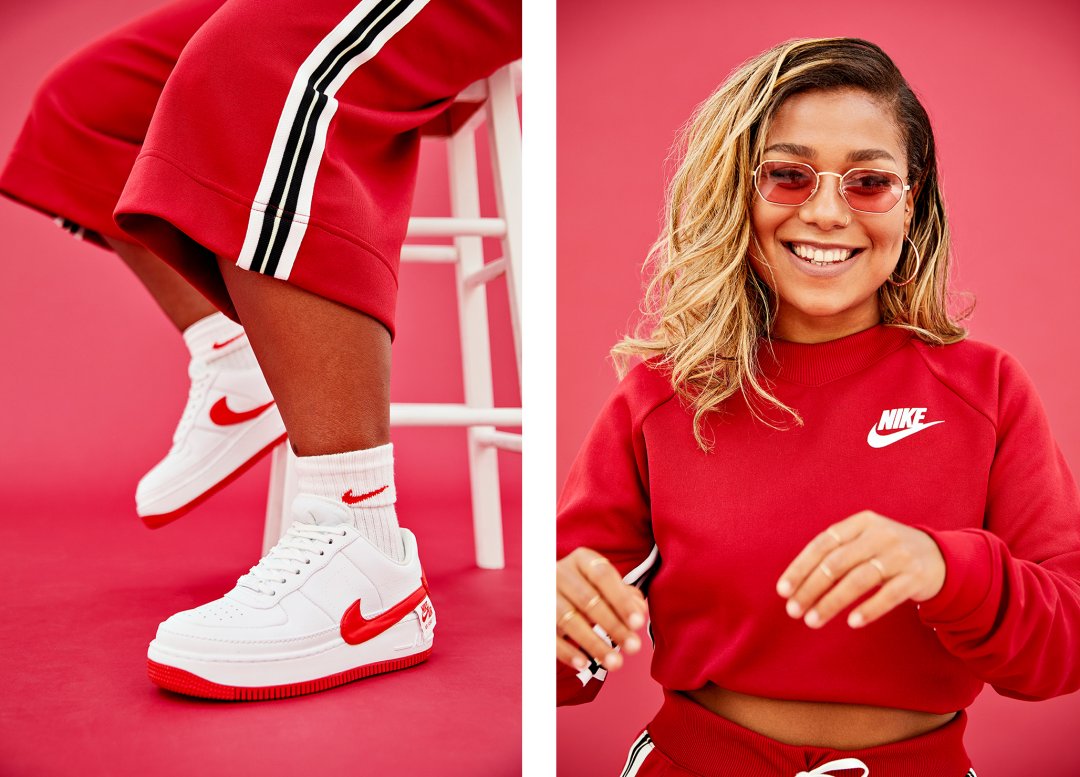 KatBrownSugar is the Manchester born singer, DJ and Radio Host. Collaborating with some of the city’s finest talent as well as her regular DJ spots across the city has allowed her name to rise to the top of the crop within Manchester. She describes her music as a fuse of R&B, Neo Soul, Hip Hop and Future Sounds. “My songs are like a diary, what I go through good or bad, I choose to vent it through my music.” Growing up in Manchester has influenced her sound, motivated by the city she tells us “I’m so inspired by Old Trafford, it comes through my identity, who I am – I’m an Old Trafford Afrochild.” @katbrownsugar 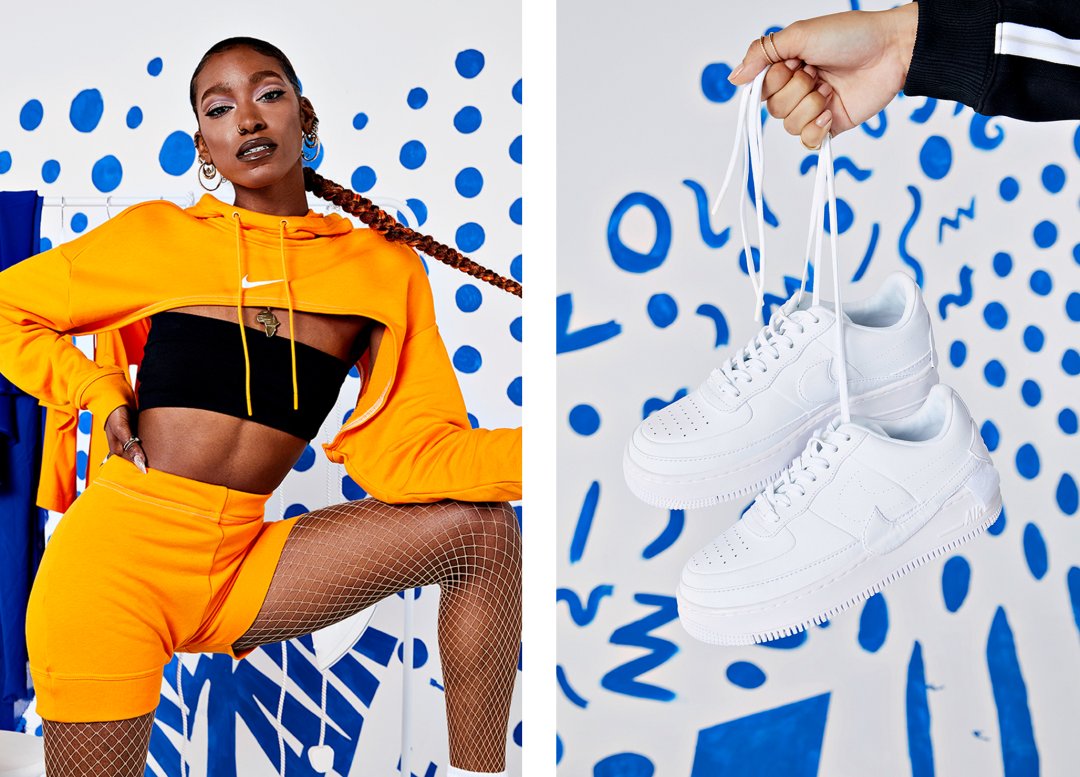 Meme Gold is the fashion designer turned radio host. “I create, I DJ, I perform but more importantly I run my own brand named after me – Meme.” Studying a degree at Manchester in Fashion Design & Technology, she dropped out and moved back to London before returning to Manchester. She began to sew and create clothing and now four years later she’s got her own label. Speaking about her brand she says “I design it, I model it, I PR it, I market it, I gift it, I do it all. My brand isn’t for a particular genre or styling, I’m a very eclectic person”. @memegold 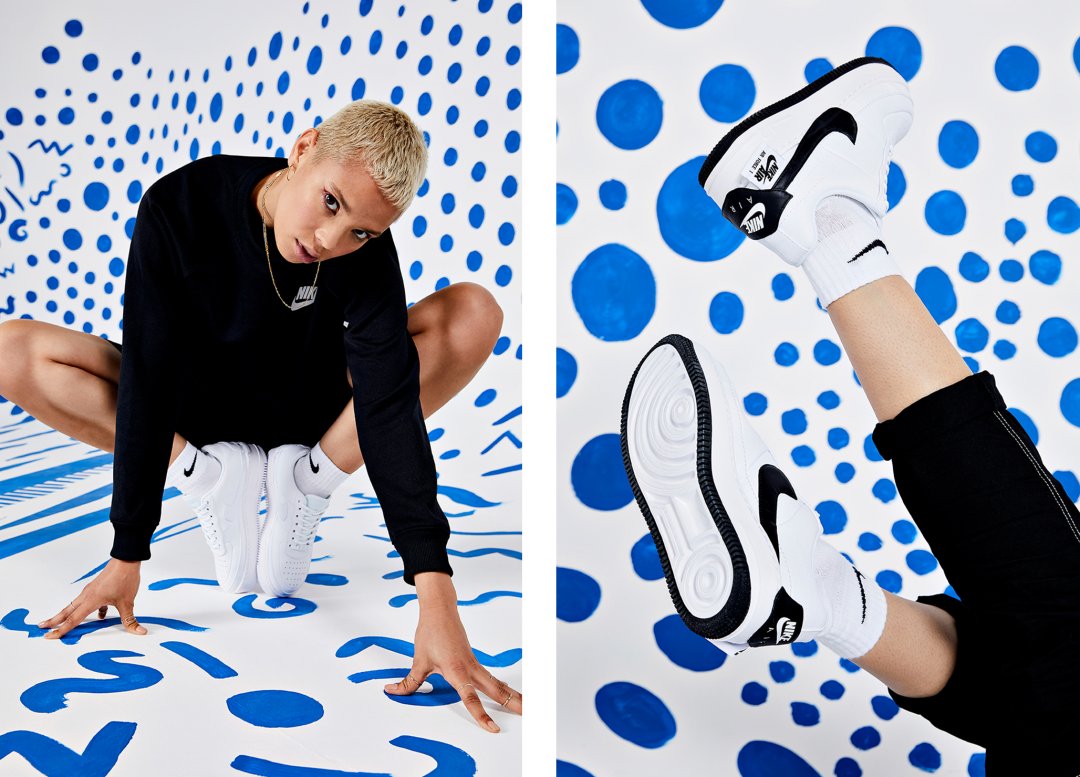 Model and student, Hannah recently moved from South Africa to London to chase her dream. “I’m a model and a student, I’d like to think I’m committing to them both 50/50". Her portfolio showcases her bold and distinctive personality. As a confident next generation creative she isn’t afraid to showcase her originality telling us “I’m definitely an independent female”.
@grandmasterhan