Nike Huarache Drift: the evolution of an unlikely classic

If you’re one of the millions of fans of the shoe, you probably won’t be surprised to hear the Huarache was the 2nd highest selling sneaker in the US last year. It’s been a hugely popular silhouette here in the UK since it’s re-introduction this decade – to the extent that new colourways have debuted in good old Blighty before they land across the pond.

For a design that’s half neoprene sock, half foam block, it’s quite something. It has little of the sleekness of a Roche, and none of the understated cool of a Superstar. How, then, did the Huarache become an icon in its own right, and one of the silhouettes the biggest sportswear company in the world leans on to keep the lights on?

It wasn’t an instant hit (with retailers at least). The initial reaction to the forward-thinking silhouette was uninspired – Nike received a grand total of zero orders for Tinker Hatfield’s 1991 creation. 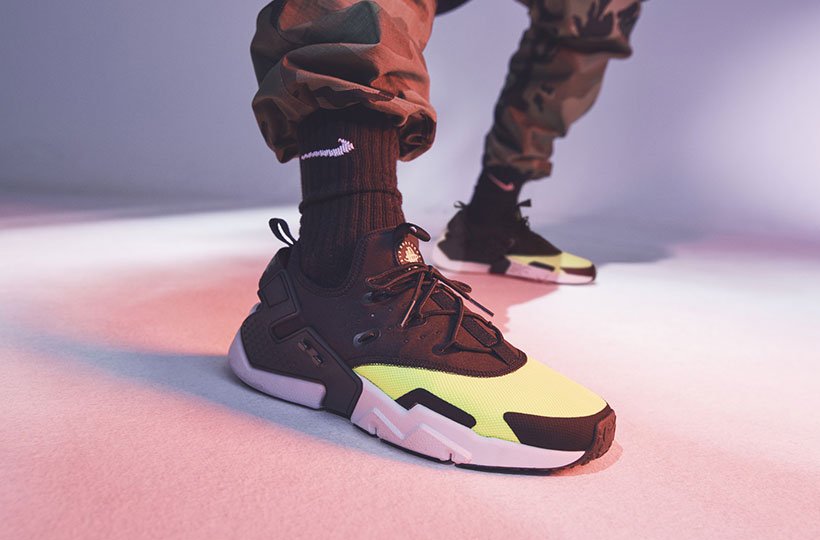 The sneaker was all about technology and performance, a key feature of the shoe being the omission of Nike’s instantly recognisable swoosh on the sidewall, or anywhere for that matter. The design is instantly recognisable now, 27 years later, but to launch a trainer so forward thinking in design at that time, without the visual crutch of the swoosh was a bridge too far for retailers.

This seemed to spell the end for Hatfield’s Mexican sandal inspired creation – you can’t win them all, Tinker. You had massive successes with the Air Max 1, 90 and Jordan 1 – 5’s, so maybe it’s time to let this one go.

Except, someone else at Nike refused to see the Huarache resigned to the archives of brilliantly designed, nearly-produced sneakers. A rogue manager stuck his neck out and ordered a limited run of the silhouette to be produced, knowing the public would lap up the shoe. According to Hatfield, he took 5000 pairs to the New York Marathon and sold them all in 3 days.

This sent runners (and sneakerheads) into a frenzy, and retailers followed suit. After the marathon, Nike received upwards of half a million orders for the Huarache, vindicating one disobedient employee. Hats off to you, Tom Hartge. 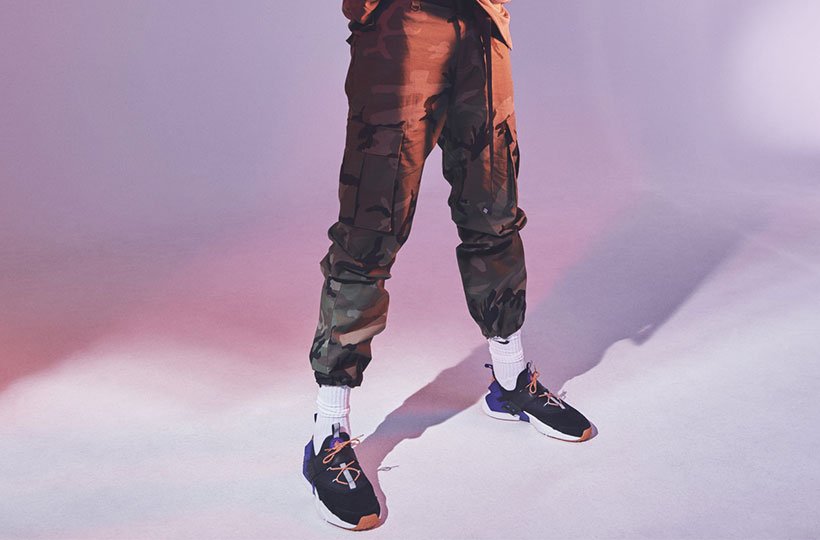 So, with the public’s appetite suitably whetted, the shoe sold well upon its release in 1991. Like many of Nikes enduring models, it’s a bit strange to think the Huarache was a cutting-edge performance shoe at the time, but that’s exactly what it was.

The inner neoprene sleeve revolutionised the way performance shoes fit the athlete; it allowed the foot to be supported throughout its natural movement without any restriction. Anchor it with a thermoplastic heel strap, sit this atop a phylon midsole and an air sole unit, and you’ve got something perfect for high-impact sports. So much so, in fact, that the huarache was rolled out across Basketball, too.

The revolutionary design meant it was destined to be a hit with sneakerheads from day one. While the technology was there for running, the OG Game Royal and Dynamic Pink colourway didn’t look like a running shoe. It looked like the future. 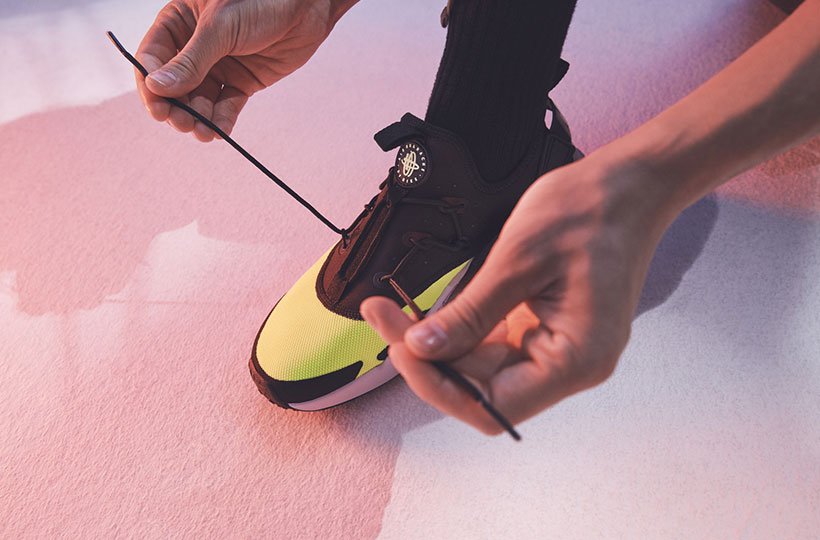 Fast forward to 2018 and the tried, tested and loved formula is reimagined in the huarache drift – a sleeker iteration free of the originals forefoot cage. The upper is punctuated with an all-new, innovative lacing system and strap detachable via midsole studs – and customisable with clips included with the shoe.

Dropping two colourways, the Huarache drift is the perfect way to update your rotation in time for Spring. Get your hands on a pair online and in store from 25th January.
Popular Articles