With an already impressive portfolio (including DJ’ing at Glastonbury), DJ Madam X is a name that’s been getting some well-deserved attention over the past couple of years.

Heading up her own label, Kaizen, and a recent return from her debut tour in the USA are just a few of her successes to date - and so it’s safe to say the future promises big things for the impresario.

We caught up with her, just before she caught a flight, to see what she had to say about all of the above and more. Check out her interview here:

Hey Madam X, great to meet you! For those who aren’t already aware of what you get up to, please introduce yourself - this space is yours… 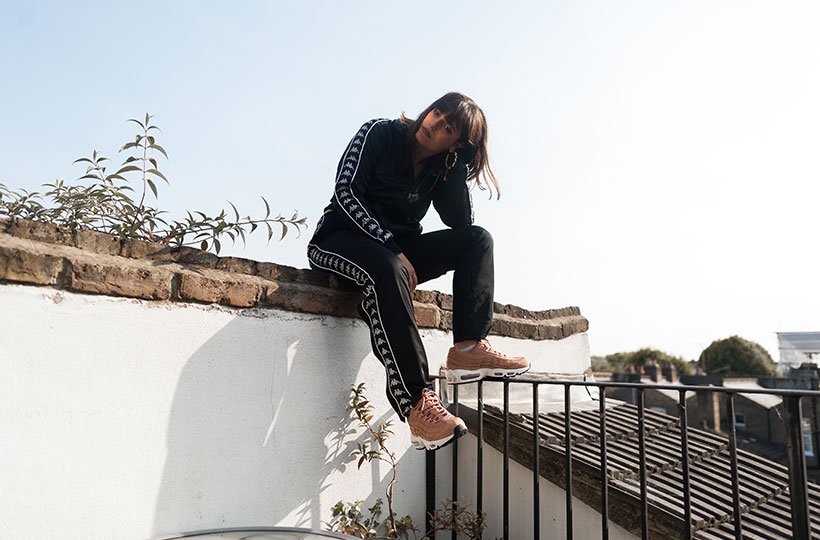 It’s no secret that you have a strong love for the City of Manchester and its music scene. Can you tell us some of the names that caught your ear during your stay, and what was it about them that made them stand out so much to you?

I’d be here all day if I named everyone, but if you’re gonna do anything, check out:

Or just check out the whole “Manchester with Love” compilation. It bangs.

So, whilst we’re on the topic of travel, we can see that you’ve just returned from your debut tour over in America. Out of the five spots you hit, which was your favourite to play, and what kind of energies did they show you across the pond?

The whole experience was amazing! Denver was definitely the rowdiest city, but all of the cities I played in were incredible.

I guess it’s because it’s more of a novelty for them to have a UK artist over, so the audience don’t hold back. I had one girl in LA upside-down twerking to a Swamp81 Lamont track which NEVER happens!

I loved Seattle and Albuquerque as well, but it was such a shame I only got to spend a short amount of time in both cities. 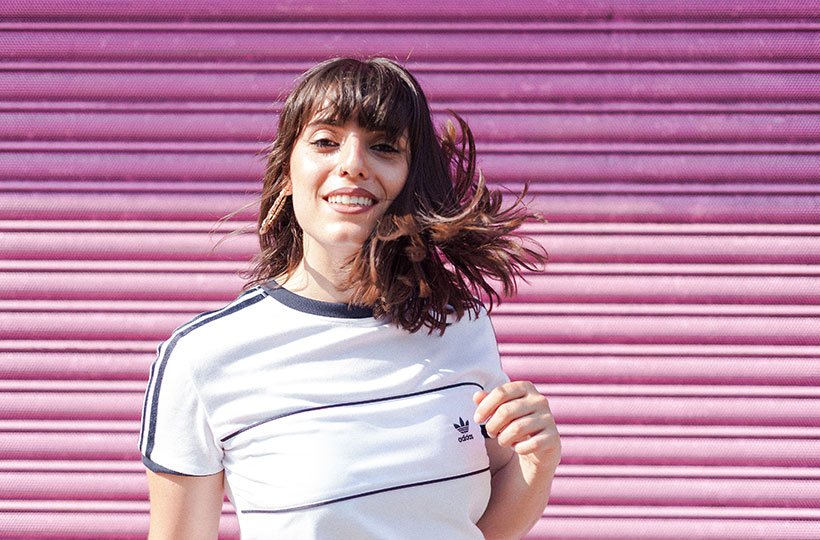 It didn’t even feel that different you know! If anything, they were actually putting our UK crowd to shame a bit.

You’ve managed to build up a nice portfolio of previous clubs and events you’ve played at, including Fabric, Warehouse Project and Glastonbury. How do you handle bringing in some of the venues you do without a manager?

A manager doesn’t really secure your bookings, that’s up to your agent - but everything’s just sort of been a natural progression. I’ve been doing this for like 8 years now and a lot of it’s relied on consistently pushing myself, maturing as a DJ, ignoring all the music industry bullshit, patience and just being nice to people. No-one wants to book a diva!

You can’t really force these things but it’s important to have an identity and understanding of where you want to be. Knowing how you want to be recognised is important, and If things come from an organic place then the right people will gravitate towards you.

A lot of the surreal, life-changing tours I’ve done have been down to promoters from Cuba, India, China and the USA just finding out about me and hitting my agent up.

Don’t underestimate the power of the internet! Not having a manager can be a struggle, but I’m a control freak and I like working for myself. 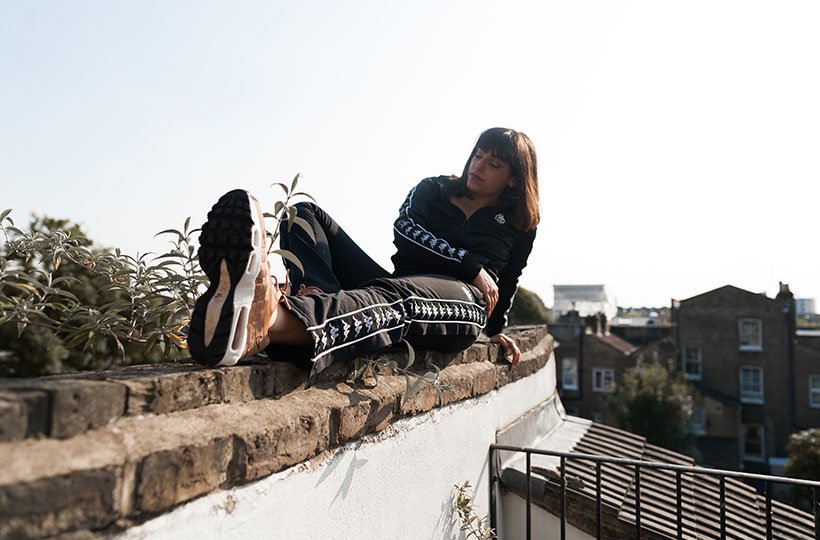 On your Facebook page, the Glastonbury recap video looked like a bit of a madness. Whilst there, which moments stuck with you the most?

I didn’t actually video this but my mate and I broke into this cordoned off tent which was all ornately decorated with these stunning underwater creations. We got super gassed and thought we were being so rebellious and cool, until the stage manager just walked in and was actually proper sound about us being in there haha. A bit of an anti-climax but the initial ‘breaking in’ part was very silly and giddy.

Other highlights include making kebabs on one of the stalls, DJ’ing (obviously), Pearson Sound’s UKG set, and not having to wear wellies!

Recently, the TV show ‘Four to the Floor’ that you were a part of, came to an end. Can you talk to us about how it was being on set for the show, and give us some of your most favourite moments whilst on there?

Woah there - it’s not the end. Just the end of the Season. To be honest, I actually preferred the show when we were online as opposed to being on TV. It was more fun on the internet and our international audience could also watch that way.

So, from that season I’ll say interviewing Chabuddy in bed and being allowed to say whatever I wanted.

Being on TV’s cool, but Channel 4 placed us at midnight on a Tuesday, sandwiched between 2 dead hospital shows. It’s like thanks, but ey? 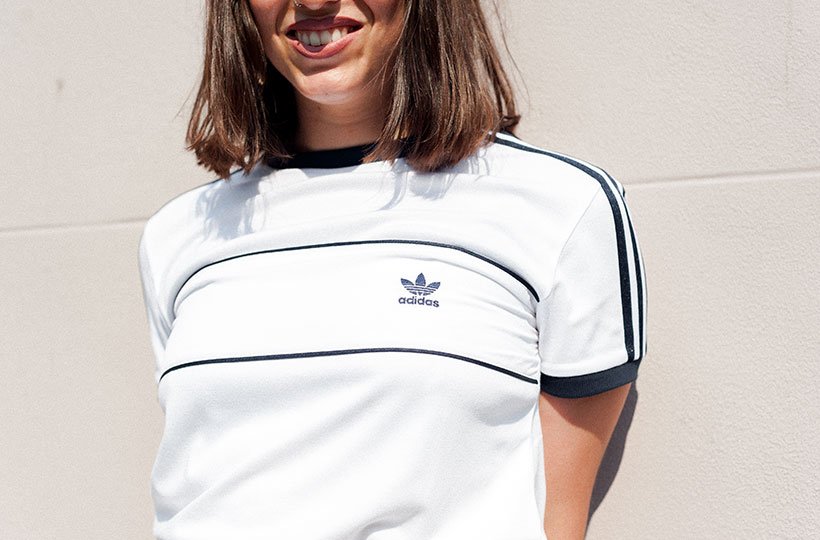 So, as well as being a DJ, a TV presenter, you also founded the Kaizen label. Can you tell us a little about the label and those who are involved? How do you balance things between running a label, and still attending your own shows?

I don’t balance things. It’s incredibly time consuming, hard and physically impossible as a one-woman job - which means everything takes a little time, but the music speaks for itself.

I never want to release things half-arsed. For this next release, I’ve literally sent back the masters like 4 times which has been the longest process ever, but I can’t release something that doesn’t sound ready. It’s also extremely important for me to have physical vinyl releases, which again, I know completely postpones the release process - but our audience are vinyl-heads!

The label’s small, we’re a team and everyone’s got their own musical styles, but our sounds complement each other which means our club nights are always an experience. Biome, Walton and Silas and Snare are our core members, and they’re the only 3 who have released on the label and who I want to bring forward right now. Once we’ve had a few more releases under our belt and established the imprint a bit more I’ll be looking to bring through new artists.

Was there any particular reason you decided to brand everything in Pink, Black and White?

The music I release on the label is hard, dark and bass-heavy, and I liked the idea of juxtaposing the music with something a bit softer and girly.

The label’s run by me at the end of the day and I didn’t want it to look like some scary, intimidating, headsy thing that people will automatically assume is run by A MAN.

There’s literally so many amazing women behind the scenes in music that people don’t know about and I just thought f*ck it, I’m gonna stick my own stamp on this and we’re gonna go pink…

Plus, it’s really pretty and gives us plenty of merchandise ideas 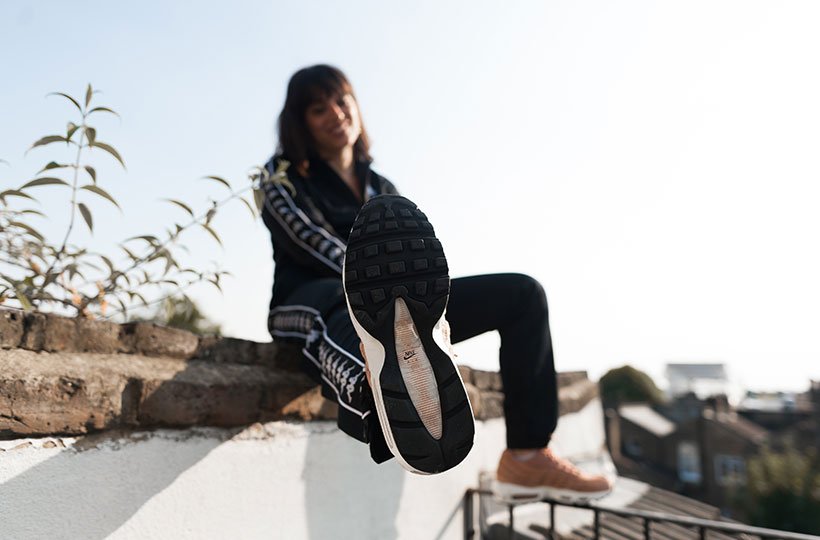 What are some of the future moves we can expect from yourself and the Kaizen lot?

Merchandise is top of the list! But I don’t want to just stick logos on shirts and demand extortionate prices for Gildan tees. I want to collaborate with designers and create something that fits the aesthetic of the label but looks fashionable too. It’s gonna take some time to create but it’s something I’m working on.

Looking to cement some more KAIZEN KLUB nights as well, around the UK and abroad.

We’ve also got the Kaizen boat party and stage with our Swamp81 family at Outlook Festival this week, which is such a dream! Can’t wait.

There's KZN004 too, but there’ll more info on that soon…
Popular Articles