With a list of fans that include past and present UK urban royalty (Craig David and Stormzy) AJ Tracey has come a long way since he began performing under the moniker in 2015. Scoring a top 20 in the UK album charts with October’s ‘Secure the Bag’ - independently, too – it’s early days but it seems the sky is the limit for the West London MC. 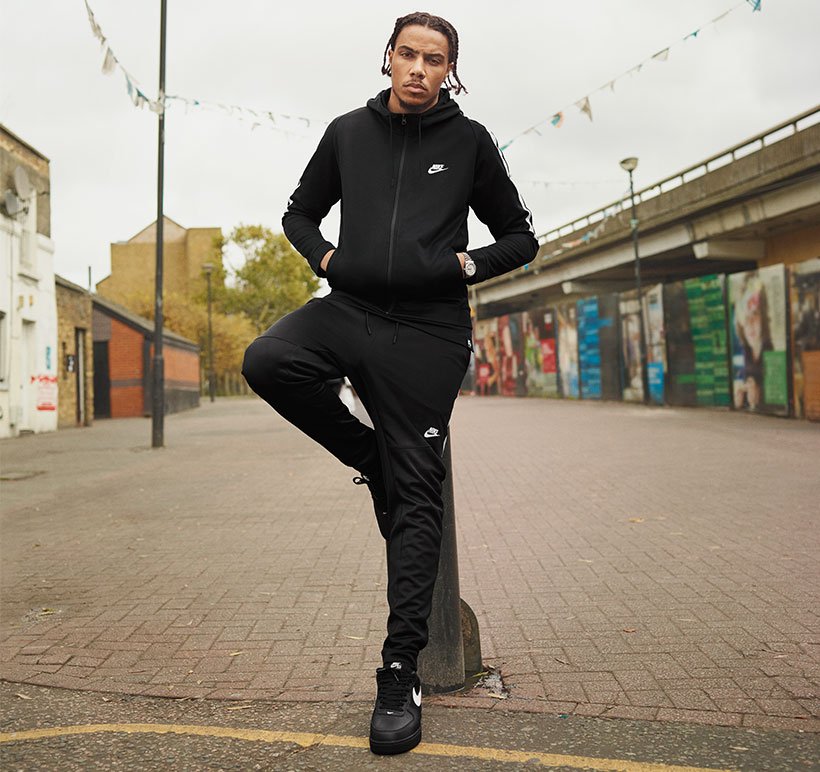 Celebrating the street culture it has become such a large part of, we linked up with AJ Tracey to shoot the Nike Air Force 1 Black Pack. 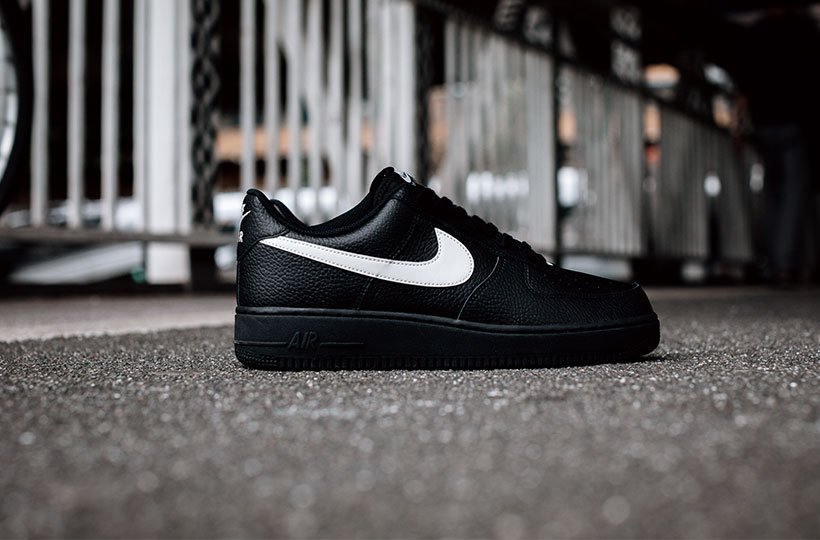 As a celebration of the silhouettes 35th birthday, numerous high-profile collaborators have pitched in with their take on the icon – and the appetite for these highly limited iterations is cold hard proof that, despite adorning millions of feet since it became Nike’s first ever ‘retro’ release, it’s still as culturally relevant in today’s sneaker market as it was back in the 80’s.

These collaborations show that once a sneaker passes into an industry's cultural DNA, it becomes a blank canvas for the creatives of the moment. Virgil Abloh, Comme Des Garcons, Supreme – all darlings of the modern streetwear game  - have projected their vision on to the AF1.

If this says anything about street culture (and if anyone needs reminding) it’s that it values originality. It values quality wherever it comes from – whether it’s from a high fashion brand, skaters or anime. 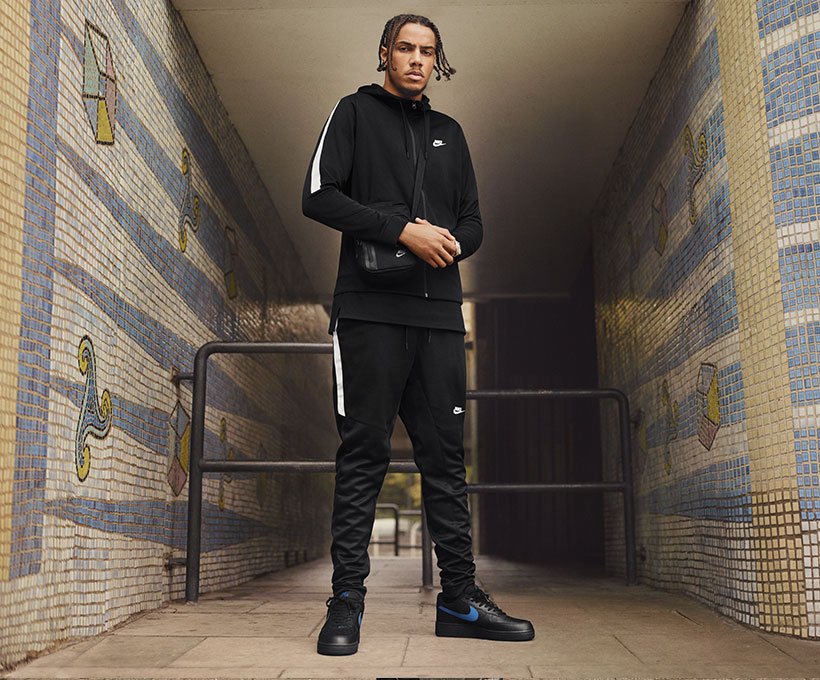 AJ Tracey is the perfect parallel. Not one to be labelled, his influences are diverse – and this shows through in his music. Despite hailing from the UK’s capital, his sound isn’t straight up grime. The influence is there for sure, but so is football and video games. He takes the expected, and furthers it. 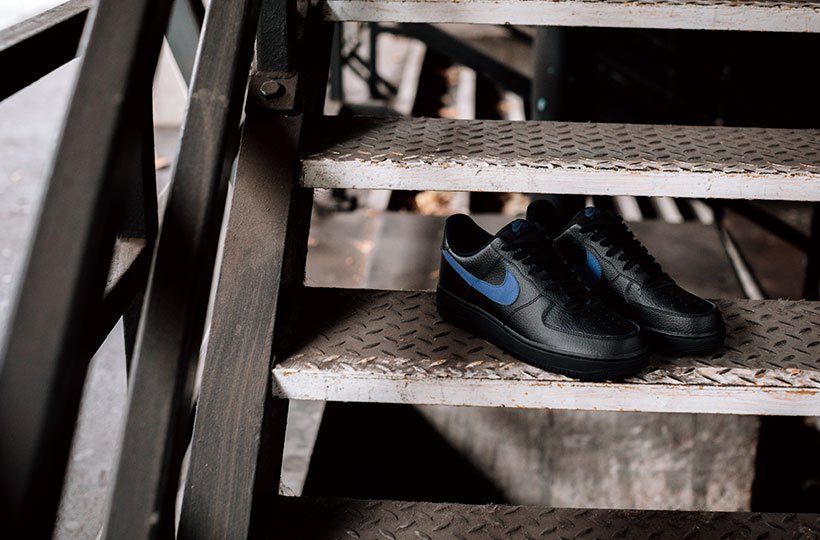 The AF1 black pack takes nothing away from the essence of the shoe – tumbled premium black leather uppers, black lining and a black midsole, finished off with 3M detailing. Classic, quality leather, and on trend details. The Nike Air Force 1 Black Pack, launching today in Black/Sail, with the Footasylum UK exclusive Gym Blue colourway dropping on Monday 20th.

Don’t miss out, get yours from 8am here. The Lowdown on Crocs