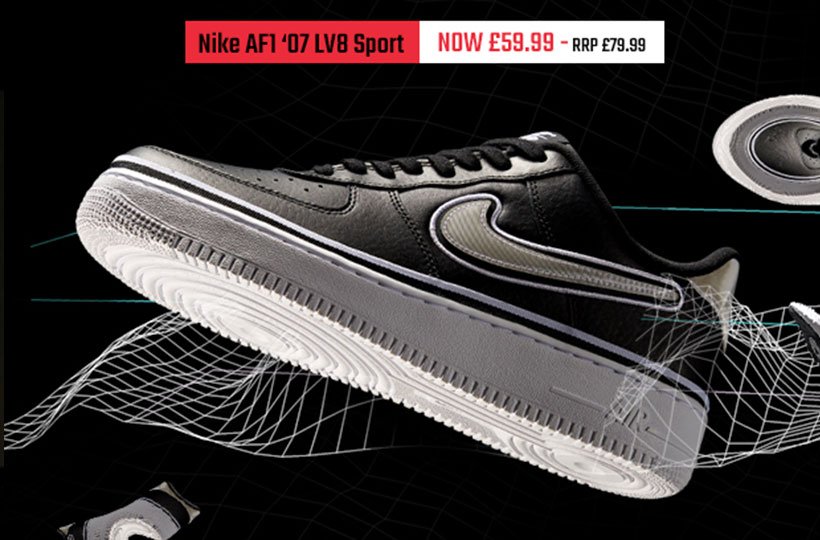 It’s all about  Air Force today, with £25 off the Air Force 1 LV ’08 Sport.
The Black/White colourway features a versatile Black leather upper on a White midsole, but there’s something a little bit special going on with the Swoosh and heel patch. A lenticular (effect that gives different graphics from different angles – thanks, Wikipedia) design shifts the colour of the Swoosh as you move, with the heel tab changing from AF-1 to the NBA logo.
The Deep Royal/University gold brings the colour shift to a bolder colourway – the NBA logo shifting in and out of a shimmering gold/greeny/yellowy heel tab.

Launching today: Nike Air Force 1 Jester Suede Pack.
Nothing funny about that. Nike’s Air Force 1 Jester was created as part of the 1, Reimagined initiative that saw the AF1 radically redesigned for the Nike woman. Since, the Jester has become a more permanent member of the AF1 range, it’s wonky branding and fallen-off swoosh available in more classic Air Force colourways. 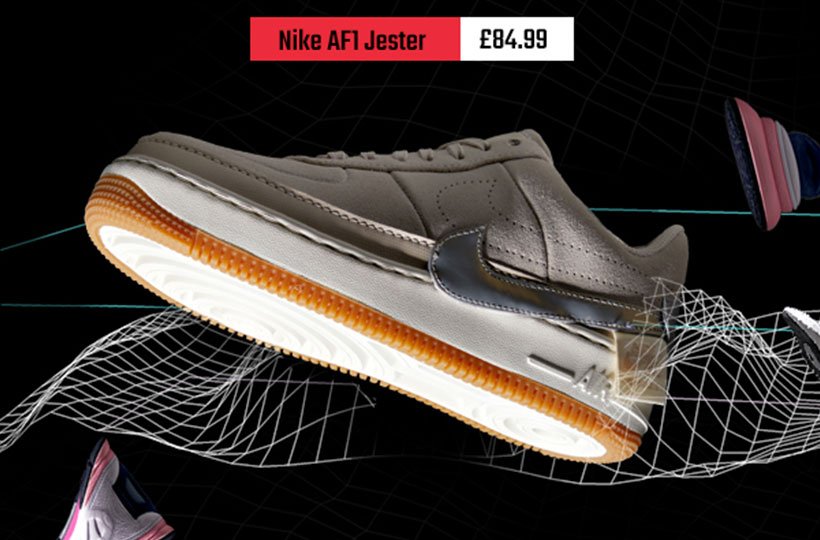 The Suede pack doesn’t take much explaining: the Jester is decked out in neutral suede uppers with a white midsole and tonal outsole.

If Air Force isn’t your scene, we’ve cut the adidas P.O.D system by £45. That’s 44% off for all you mathematics fans out there. £55 for the brand with the three stripes' hyper-modern application of its Torsion System, with a substantial pillow of Boost in the heel, perfect for everyday comfort. 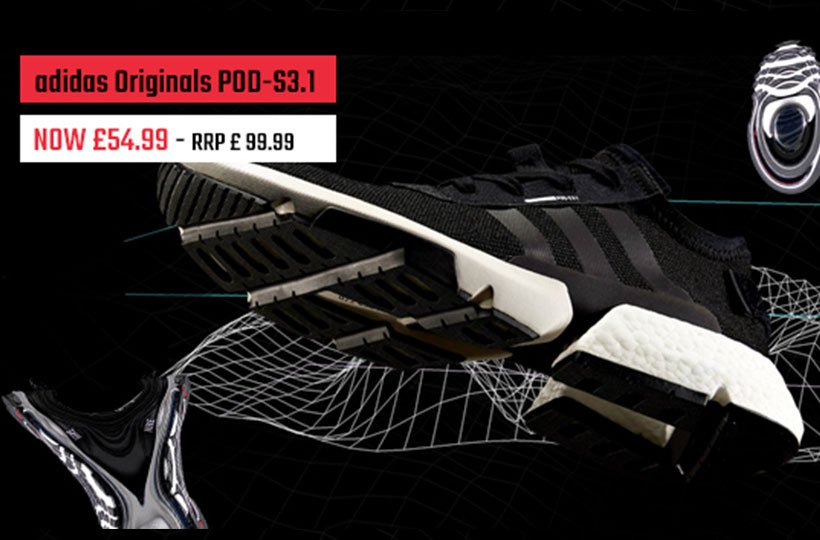