'If someone's done it, there's another level' - Yungen Exclusive

To many, Yungen burst onto the scene with last year’s Bestie, his now platinum record with Yxng Bane which peaked at 10 on the official UK singles chart. To many more, CJ Brooks has been a fixture on the Herne Hill Estate since being an 11-year-old inspired by his older cousins MCing group; the Yungen who made waves with Sneakbo on Ain’t on Nuttin, and whose beef with Chip made national news and sparked a fresh round of the (tired) debate on music’s supposed links to gang violence.

To us, Yungen is the model professional sitting a few steps up in a narrow, dusty stairwell at the Old Truman Brewery. He tells us of his displeasure for flying, having touched down from Ibiza hours earlier. ‘I flew into Standstead as well, so it took ages to get home’ he explains before recounting a couple of nightmare scenarios as we attempt to escape London’s 34C humidity. ‘Literally, we were already on the runway, about to take off and they said we didn’t have enough fuel. Then they said the plane was too heavy and some passengers had to get off? I was like, somethings not right here, I’m off. Safest way to travel though. You get used to it, but I still don’t like it’.

One conversation with Yungen is confirmation (if it was needed) that music impacts the UK’s urban youth in a profound and lasting way that is rarely at the forefront of mainstream press coverage. Vilification for obscene lyrics and aggressive visuals completely misses the point – theatre is as much a part of the UK rap scene as it is in every other creative pursuit. For kids growing up in estates across the UK, it’s a community that offers distraction, education, and positive role models.

'Every few years we see someone special come through, and break down boundaries'

‘I want to make people see where I’ve come from, just try to show them what is possible’, Yungen muses, and indeed, platforms like SBTV and LinkupTV give estate kids with one song the chance to change their outlook and their lives in what seems like the click of a mouse. Yungen knows this because it happened to him. ‘My SBTV freestyle, the second one I did, I saw a lot of people looking forward to new Yungen music. I was like wow - this is mad, this is real. That’s when I really wanted to start doing videos and putting out projects.’ Anyone can be inspired, but not everyone has the guile and graft to follow through on that. It’s clear Yungen has both – and once he’d made the decision to go after musical success, his motivation wasn’t to emulate his peers, but pass them. 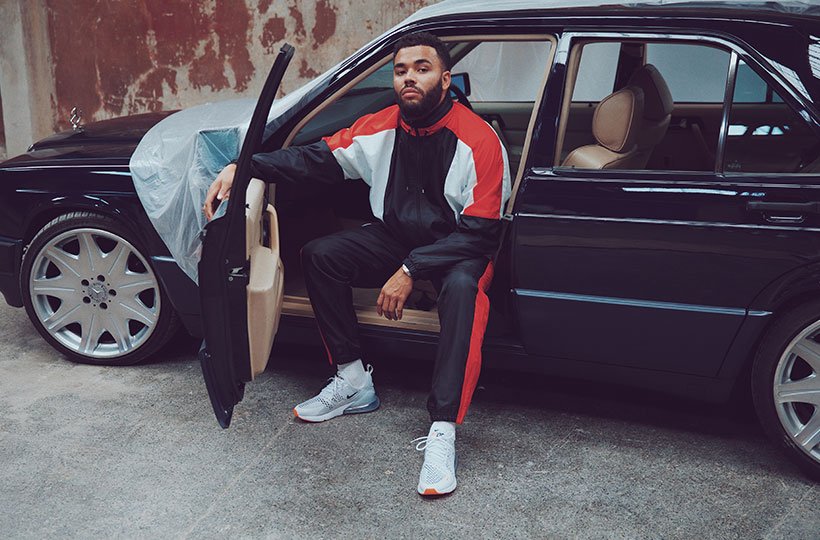 In the shoot that followed, hanging out of a Mercedez-Benz 190 we got onto the importance of not just inspiring the younger generation to make music, but to never stop pushing. ‘Every few years we see someone special come through, and break down boundaries,’ he says, ‘and I think that door is open for anyone, any young kid coming up. When I grew up, the people I looked up to, I just wanted to meet them. Next thing you’re working with them, you see how far they went and you’re trying to top that – not even in a negative way. Just to try learn from them. Do better, be better.’

It’s about breaking the cycle. Yungen has spoken previously about moonlighting as a guidance counsellor when he returns to the Herne Hill Estate, speaking hard logic to the kids trying to make a living outside of the state’s view. ‘Yeah, they’d make the same money getting an actual job’ he says when we mention the story. ‘Mad you said that you know, I literally saw him [a boy from his estate] yesterday! He said he’s trying to get into driving, delivering stuff actually’.

A man who’s never had a CV isn't the most obvious candidate for handing out career advice. But, If you’re an artist feeling like you’ve plateaued, take notes: ‘When I started, yeah, I couldn’t make a song. That’s the god honest truth. I never tried to. I’d get a beat on YouTube, and I’d write and write and write. I wouldn’t even know if it was 16 bars, 32 bars. You can do as many freestyles as you want, but the next step is you need to start making songs.’

'From Aint On Nuttin with Sneakbo and you see me on a song with Jess Glyne? You’ve got to think I’m a G for that’

He talks about a calculated evolution that has culminated in a platinum single, and playing Wembley stadium - huge milestones for artists of any genre. ‘I learnt you need to make songs for the clubs to get club bookings, to get shows. I was going to the clubs to see which songs were getting good reactions, and that’s when I proper started getting into writing songs. That’s why my first major project, Black and Red, I made sure it was all songs, a good body of work.’

Caring is a common theme, whether it’s his friends and family, career or his audience, there’s an empathy that drives his sonic diversification. ‘I’m blessed to go to Capital [Summertime Ball], but I know there’s 80,000 people at that show who don’t know the hard stuff. If I go there and do Aint on Nuttin, they’re gonna be like what is this? You know you’ve got to understand both worlds. You can get lost in thinking nah I’m just making make the hard stuff. There’s a glass ceiling to that.’ He repositions himself on the step before going on, ‘People will criticise it, but they’re people who aren’t genuinely supportive of you - they don’t actually know you. If you’re a genuine Yungen supporter, you’ve been supporting from the get go. From Aint On Nuttin with Sneakbo and you see me on a song with Jess Glyne? You’ve got to think I’m a G for that.’ 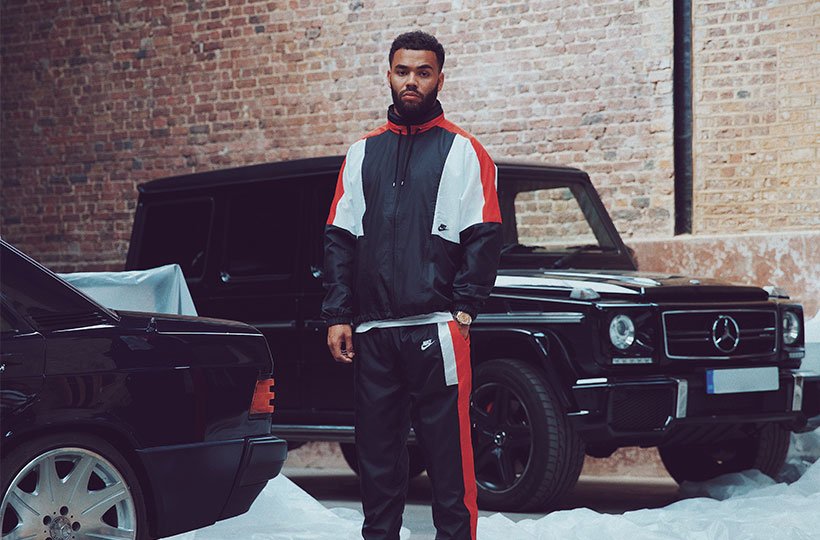 Suggestions of ‘selling out’ are entirely misguided. In Off the Record 2 he spits: I gave my sister my house, to give my nephews a future I gave my sister my house – commercial success is reinvested in the things the South Londoner cares about. ‘Making sure everyone around me is happy, including myself. Making sure everyone is good and has nothing really to worry about. I realised growing up being successful is not all money, there’s things you can do. My friends have the best time when we go out, or when we go to Ibiza for a show. To them it’s not work, so it makes it not work for me. It makes it fun. So I’m like, cool - next year I’ve got to make sure we’re here 20 times, make sure we’re here every single week.’

Just as we’re trying to think of a way to infiltrate Yungen’s inner circle and spend all of next year in Ibiza, he brings things back to what matters. ‘It is very nerve-wracking. If you’re an artist and you really care, you can’t say it’s not nerve-wracking. I HAVE to do it again. There’s so many people coming and going, going platinum once and then fizzling out – I can’t be that.’ 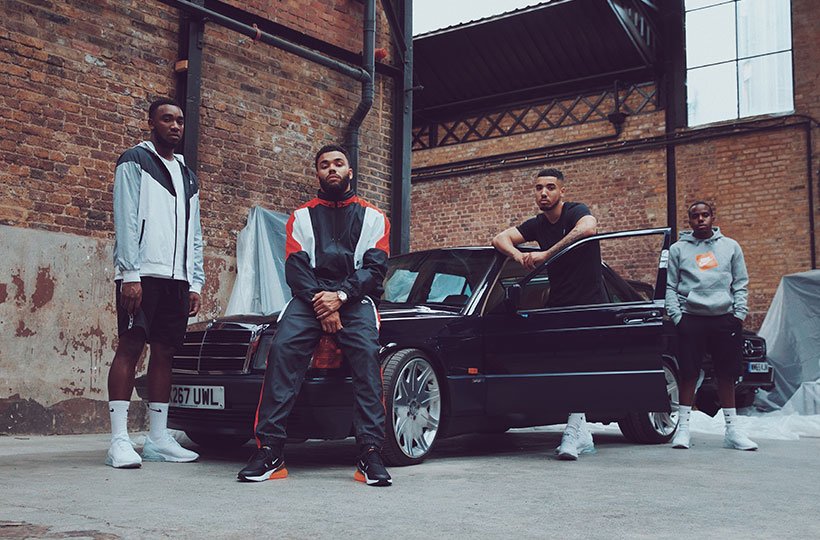 Three of Yungen's friends are here for the shoot, sharing modelling duties and jokes about the humidity. They know the journey he’s been on to be here. ‘People don’t see the brick walls that you face… fans don’t know how many records their favourite artist has sold. I got lost in that for a bit, thinking why can’t they see? But they don’t need to. They’re not meant to see behind the scenes – you have to have that hunger’. It’s an interesting point. Why should the fans, who facilitate artists living their dreams, care about the nuts and bolts of navigating the music industry?

But many of them do. They engage with music on a personal level and draw parallels with their own journey. Either way, being someone for the next generation of music fans -- of artists -- to look up to is Yungen’s aspiration. ‘Meeting people who are idols to you… like when Wretch [32] messages me I take everything in. I want to be that to the younger generation, but without trying to force it. I want them to look at me and think, you know what, that Yungen’s done amazing. I want to do it in a way where they can see where I’ve come from, and how they can get there and be bigger than me.’

It’s a challenge, then. ‘If someone’s done it, there’s another level’. So go out there and do it. Yungen said so.

Want to perform with Yungen?* Show him what you've got here. (Competition now closed - stay tuned for the shortlisted artists)

*Over 18's only, no Footasylum staff
Popular Articles